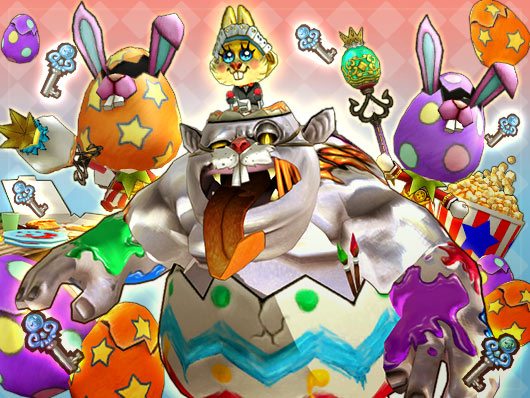 This is the Happy Dungeons Development Team Leader House.

The Event Quest A Hare Raising Tail of Revenge! was held from April 21st to the 30th, and many players filled out the survey for the Event. Due to the large volume of responses, we’ll be separating this feedback report into two parts.

A Hare Raising Tail of Revenge!

The Event Quest A Hare Raising Tail of Revenge! was our first attempt at a Raid where players from all over the globe worked together through our main website. Those of us in the Development Team set an extremely high goal of 360,000 bosses slain and yet our players blew away our expectations and surpassed the goal with several days left until the end of the event.

However, there is also plenty of room for us to improve. Players from all over have sent us their thoughts and opinions on that as well, which I’ll discuss in more detail below. 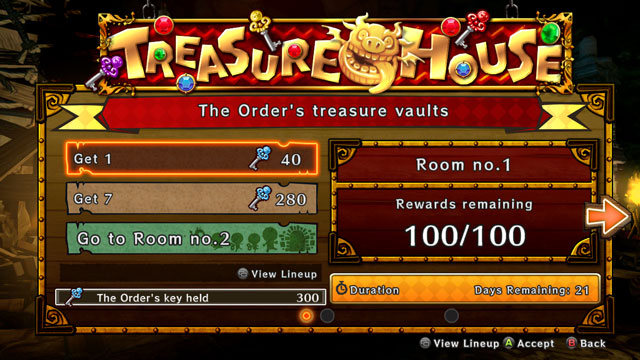 For those who are unfamiliar, Treasure Keys are a special item that drops during events. Collecting a lot of them allows you to trade for Tools and materials for Item Level-Up.

Treasure Keys were balanced around low-level players with the intention of providing much needed Tools and Item Boost materials. The unfortunate side effect was that high-level players who can collect a lot of keys in a short period of time were required to spend a lot of time and effort to trade-in their keys.

The development Team sees two difficulties here. One, it’s difficult to find a drop rate for Treasure Keys that satisfies the majority of players equally. Two, the amount of time it takes to spend Treasure Keys at the Treasure House is simply too long.

We recognize that the Treasure Key mechanic in and of itself is good, but that its presentation until now has been flawed. We’re currently reviewing it and thinking of ways to improve it in the future.

2.Send us our rewards sooner! 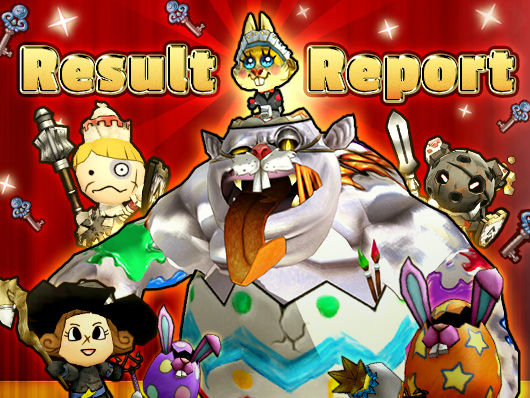 Despite the Event ending on April 30th, rewards were distributed with the following minor update on May 10th. We did this in order to provide ourselves ample time to ensure that the items were delivered without a hitch. That said, we realize that we failed to consider the fact that players would want their items as soon as possible.

Additionally, the delivery date for rewards was announced after the Event had concluded, leading to disappointment among players. We plan on handling Event rewards more smoothly in the future.

3.Doing the same thing over and over is boring / tiring.

This Event featured 2 areas before the boss (3 for the first time). As the Event Quest put a greater focus on defeating a lot of Rabbit Bowies over exploration, the area variation was very low. This on top of the wide-open rooms lead to a feeling of repetitiveness.

There are many factors that can lead to this, including enemy durability, character movement speed, variations within the Event itself, etc. We will work toward improving the game, but there is no simple solution.

Starting in May, we introduced new Weekend Duel Events where players battle a specific boss. As we often receive requests for boss only Dungeons, this is a perfect way for players looking for a quick boss fight to enjoy themselves.

The next Event Quest

The Development Team intends to hold at least one Event Quest per month, with each Event providing a fun experience.

However, satisfying both casual players and high-level players may take some time.
We may not be able to make dramatic changes right away, but we will strive to make each Event better than the last.