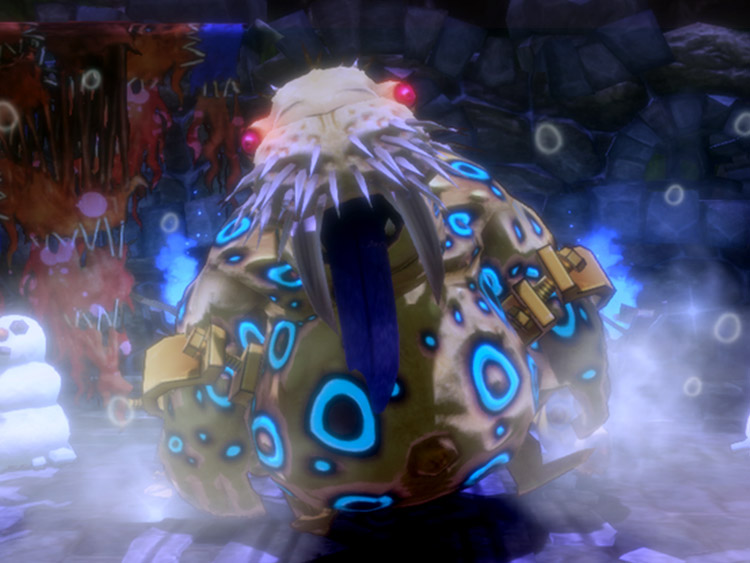 The Chilling Fangs of a Giant…

Knights! The year is already halfway finished, but there are still gobs of enemies just asking to get their tail feathers plucked!
As a matter of fact, the Event Dungeon this weekend will see the long-awaited return of a certain pair of deadly teeth…

That’s right, the deadly Sabertooth from last year’s Adrift on Dry Land Event is back!
Known as King Masamune, the boss will chill you to the bone with his mighty ice attacks!

Beat him quickly for the best rewards!

Your job in this Event is simple: defeat King Masamune!
Rather than Treasure Keys or rewards based on score, you’ll receive a treasure chest whose contents vary based on how fast you completed your task!
The quicker you are, the better and more numerous the rewards will be when you open your treasure chest.

Be sure to keep an eye out for an Event exclusive Cleric Set!

The Helm holds the Investigator buff which increases HP recovery speed and strengthens the effect of food and drinks. It also displays the entire area map when leaving the first room of a maze area!
Super useful in the Infinite Dungeon, don’t you think?

You only have this weekend to defeat King Masamune, so feel free to tackle the Event as many times as you want.
Remember: the faster you defeat him, the better your rewards!
The Event Dungeon is available from Friday, June 23rd at 1 am to
Sunday June 25th at 23:59(UTC).