Hi there, nice to meet you!
This is the Happy Dungeons game designer K.

Last week, we participated in an event in the Tokyo Game Show’s Twitch booth.
Tokyo Game Show is the biggest game in Japan, displaying games for all audiences during 4 days.

This is the report of that event.

In the Twitch booth, both the director of the game Kurumin and the game designer K made apparition. 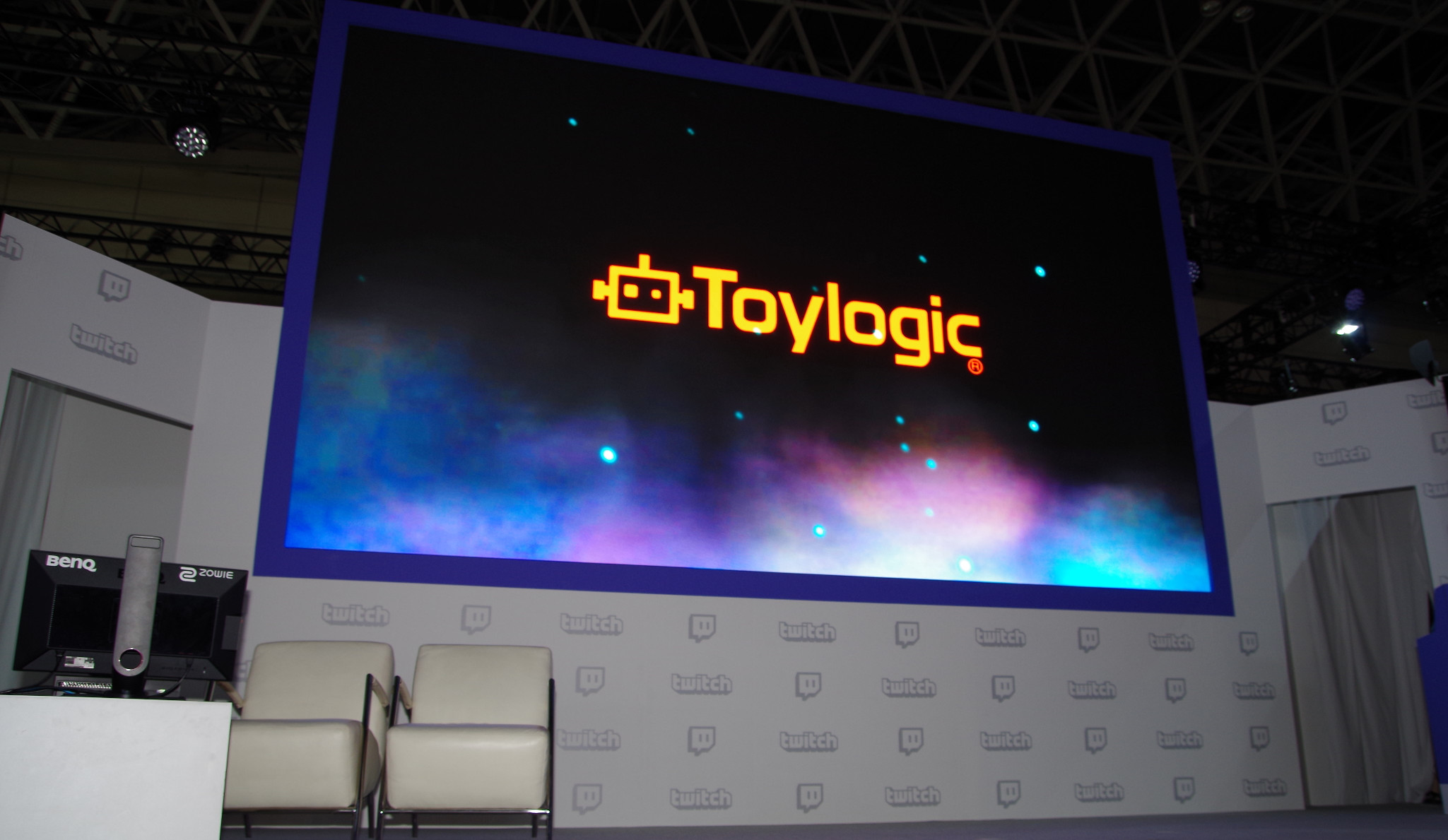 First of all, the game’s PV.
You can also watch it through Youtube!
So many people saw it already!

After that, the gameplay.
They did a 4 player Co-op with staff members in the company’s headquarters.
Our game designer chose a warrior. The spectacular visuals and the high damage stood out the most.
You already know the game’s cute looks and the exciting sound!

We wanted you to see the gameplay, and the TGS stage was perfect for that.
The stage that you can see above will be playable soon, so don’t forget to try it out!

The presentator got confused there, but the numbers on the top left part are not prisoner numbers. They are levels. Yes. There are no prisoners in our company. That’s right. 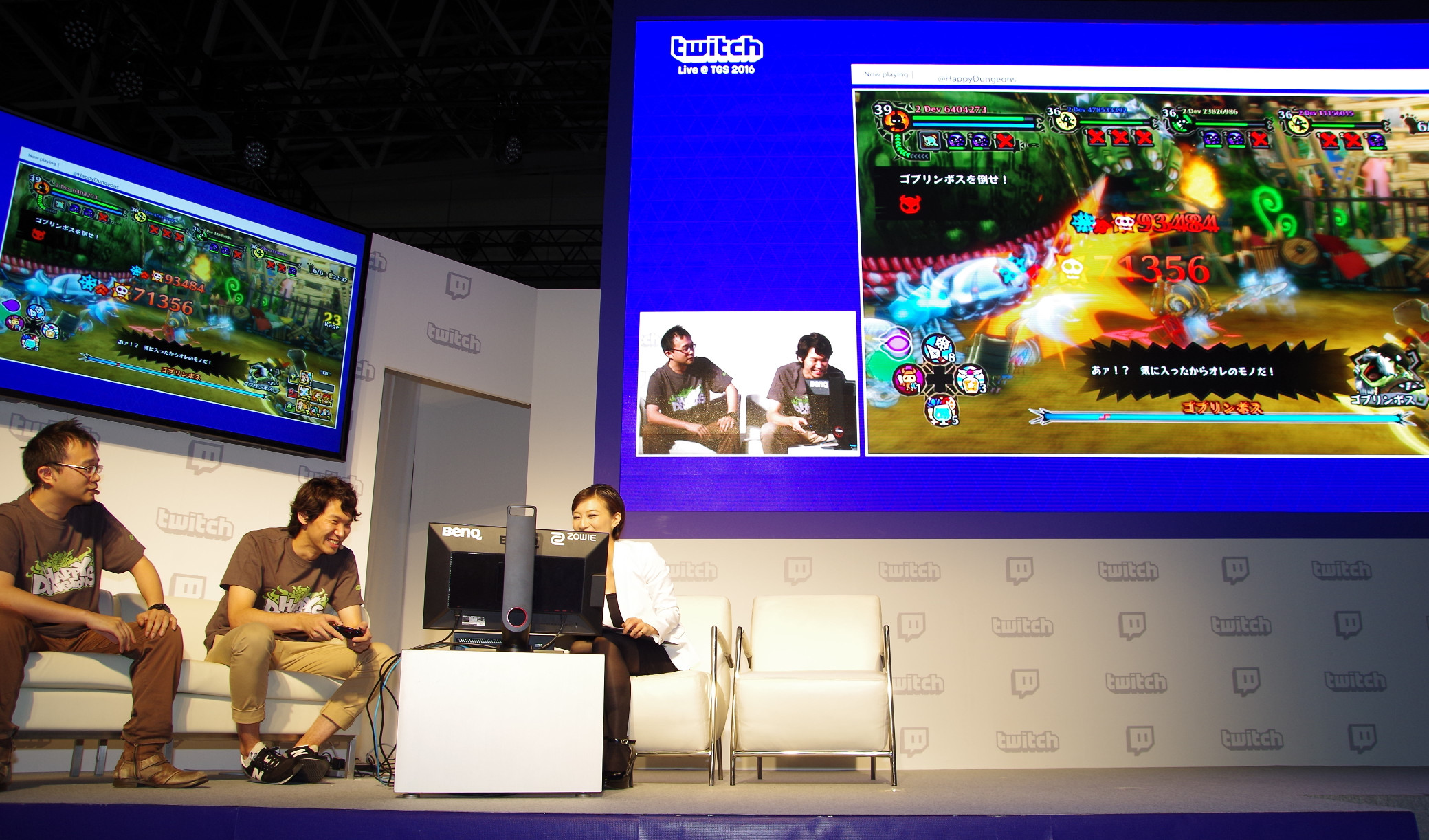 …And here comes the goblin boss!
Uuuaaaagghhh!
This is getting dangerous.

It was fine, please relax.
We were long trained for this very moment.
Our game designer was able to continue without problems.
Finish move. Only appears when certain conditions are met.
Those who are interested give your best during the boss fight!

This was the Happy Dungeons Tokyo Game Show report.

From now on, we will continue working to make this the best possible game.
In the following days, we will attend the TwitchCon 2016 and we will have a Major Content Update on October.

Konnichiwa,
This is Kurumin, the director of Happy Dungeons.

The zombies are finally here!
We all know that humans mostly face 5 kinds of enemies: zombies, armed troops, aliens, dragons and demons.
That’s why we went for zombies.

Also, it’s so fun to send them flying away! 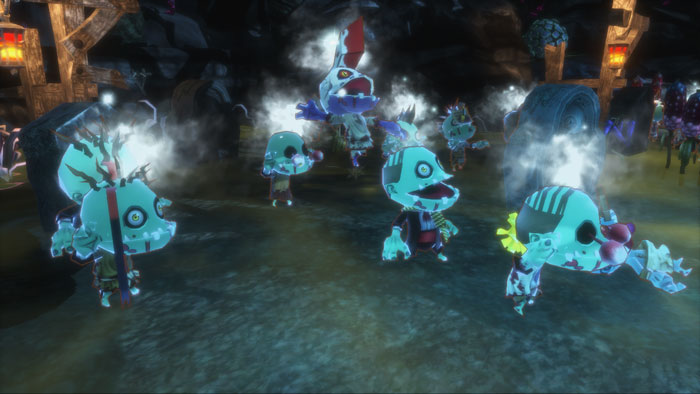 Today the dungeons “Fearsome Invention” and “Return of the Papa” have been released.
Let’s enjoy the first fight against zombies! 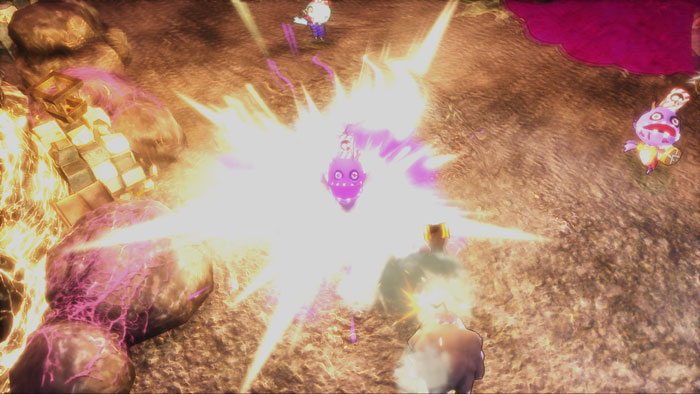 There are 3 points you should consider when arguing with zombies:

Changing the subject, do you like Warriors? What a foolish question, of course you do!
You probably enjoy melee attacks even more than bacon or steaks. Me too.
Actually, I often participate in the game with you guys.
Of course, I also watch the videos you upload!
That’s why I have some useful advice. 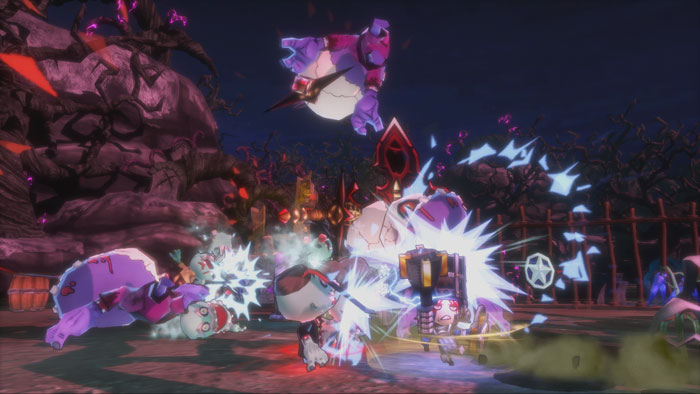 I’ll leave it for today and go back to work in the game.
The team is very happy for all your messages of support!
Thank you!!

We still have many updates to do,
so let’s keep playing Happy Dungeons for a long time!

Happy Dungeons has been released via the Xbox One Game Preview program.

The Xbox One Game Preview is a program to release a game in its beta phase so we can include users’ feedback in the developing process of the final version.

Happy Dungeons is continuing its development every day.
We’d like to improve the good points and change the not-so-good ones!
Please let us know your opinions and requests here:
https://support.happydungeons.net/hc/en-us

We will do our best to make Happy Dungeons more and more enjoyable for all of you.
Thank you for your support!