Development Team Assistant Knobby here!
Do you know what you do before you leave the house? That’s right, turn the knob!

The Minions that you add to your party using the Organize Party tab in the Minion Lab have something other than just Leader Abilities: they also have Passive Abilities!
Passive Abilities have an effect on your character’s parameters, can increase your damage output and can give you advantages against enemies of specific types. 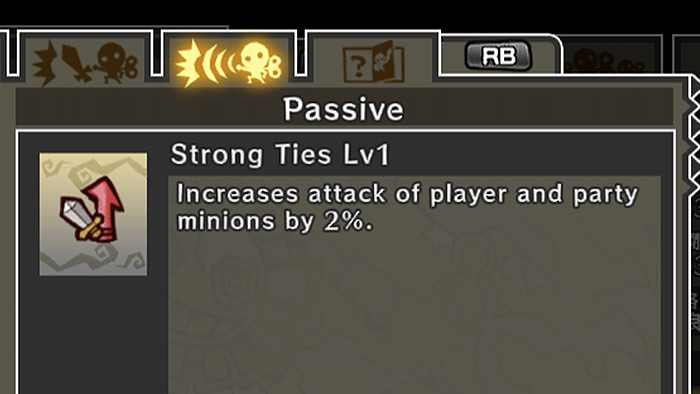 I bet you want an example now, don’t’cha? Well then take a look at the Passive Ability “Strong Ties.” This ability powers up your character’s Attack Power, meaning it’s perfect for all of you mighty Warriors out there.

What, another example? Fine, fine, here ya go: the Passive Ability “Magical Bond” gives you a nice little boost to your Magic Attack.

Something else to keep in mind, if you can get a few Minions with “Strong Ties,” your Attack Power will go up even more! 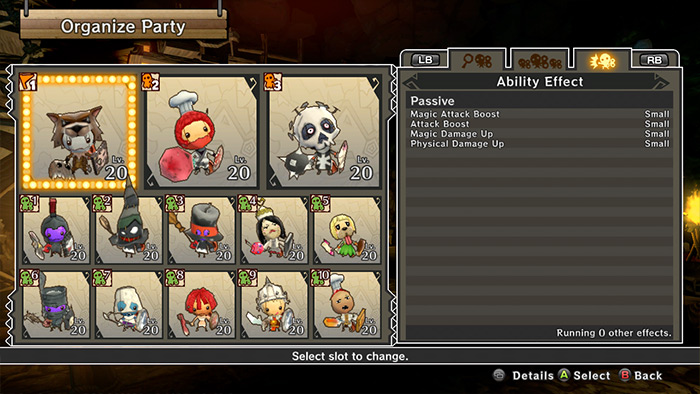 The Passive Abilities I’ve talked about here aren’t the only abilities Minions can use to help you in battle.
So, go and take another look at your Minions and see if your opinion on any of’em changed!

As your level increases, so does the number of Minions you can take along with ya. Talk about a big power-up!

That feeling you get as you smack baddies for more and more and more damage is just the best, isn’t it?!
(The Happy Dungeons Development Team believes that all living beings deserve to be treated kindly).

Argh, now I want my own Minions!! They’re just so dag-nab cute!!

Well, that’s about it for today. Keep your eyes peeled for your best pal Knobby (that’s me) with more recommended skills and abilities.

Oh, and if you have any questions then feel free to send’em right here so Sir Pidgeand can take a look!
https://twitter.com/HappyDungeons